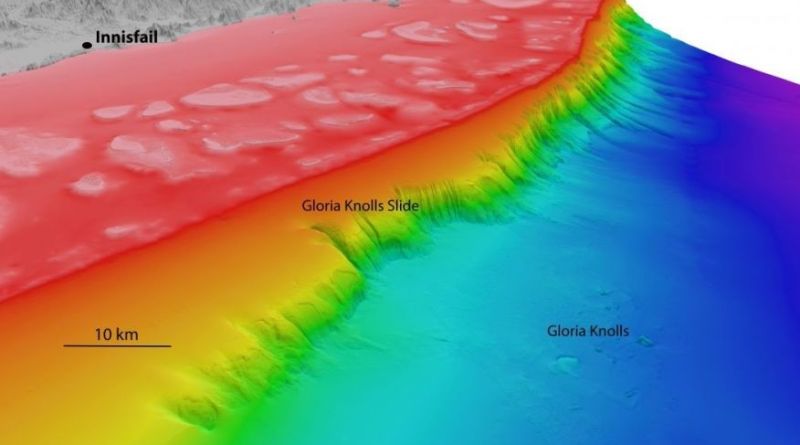 More than 300,000 years ago, a massive chunk of rock broke off from Australia’s continental shelf, triggering the largest undersea landslide ever known, per Science Alert. But scientists only know this thanks to a chance discovery. Researchers were mapping the Queensland Trough, a basin next to the Great Barrier Reef off Australia’s eastern coast, when they noticed eight “hills” hundreds of feet tall more than half a mile below the surface. After that discovery, they realized that a portion of Australia’s continental shelf about 20 miles away “looks like a massive bite has been taken out of [it],” study author Robin Beaman tells Australia’s ABC. He put two and two together and concluded the “knolls were the remains of a very large undersea landslide,” per the BBC.

Because coral fossils from the knolls date back 300,000 years, researchers believe the knolls broke off from the section of shelf known as the Gloria Knolls Slide at least 300,000 years ago in what Beaman dubs a “catastrophic collapse.” Researchers say the landslide would have produced 7.7 cubic miles of debris. To put that in perspective, almost everyone on Earth could fit into one cubic mile. The force likely caused a tsunami up to 90 feet high, but the nearby Great Barrier Reef would’ve acted “like a giant porous breakwater,” Beaman says. Since researchers found “a lot more marine life there than we ever anticipated,” Beaman notes the site will serve as a great place for further research, including on cold water corals.